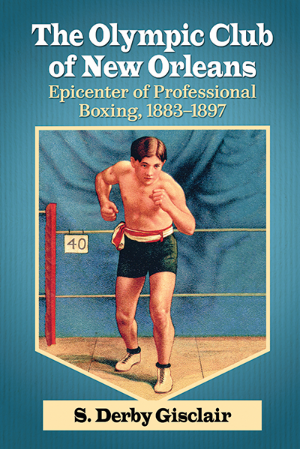 The Olympic Club of New Orleans provides an in-depth chronicle of boxing in New Orleans during the latter half of the nineteenth century, interspersed with brief vignettes of New Orleans’ history that helped shape the prevailing attitudes influencing the rise and fall of perhaps the most famous boxing venue of its day – the Olympic Club.

The Olympic Club was established in New Orleans in mid-1883 as a gentlemen’s athletic club catering to the city’s expanding immigrant population in the Third District, known then as the Faubourg Washington, just downriver from the Faubourg Marigny. Between 1883 and 1893 the club’s membership grew from twenty-three to nearly eleven hundred gentlemen engaging in a wide variety of athletic and leisure-time pursuits ranging from target-shooting and gymnastics to billiards and boxing. Members included city councilmen and other politicians, bartenders and businessmen, attorneys, physicians, and represented a diverse cross-section of New Orleans society. By 1889, boxing was the single most popular sport in the city and professional boxing was prominently offered by the athletic clubs across New Orleans.

At that time in New Orleans, as indeed throughout the United States, there were prohibitions against boxing and prizefighting. But in 1889 a revised city ordinance and an equally nebulous state statute were frequently tested by the Olympic Club to allow boxing events sponsored by chartered athletic clubs. Thus began a transformative process at the Olympic Club that propelled the club and New Orleans into the spotlight as the epicenter of boxing in America. In a brief four-year span between 1890 and 1894 the Olympic Club’s massive 10,000 seat arena was the venue for six world championship title fights and seven national or regional title bouts. The most famous of these events was the Fistic Carnival – an event in 1892 that featured three successive world championship title matches over three successive days, culminating in the heavyweight championship fight between John L. Sullivan and James J. Corbett.

However, increased competition, legal challenges, and a dramatic shift in the moral standards in New Orleans saw prizefighting fall into a precipitous decline, hastened by several deaths in the ring, most notably that of Andy Bowen, the “Louisiana Tornado.” By early 1896 the club went into liquidation, experienced a brief revival in 1987, only to end in a fiery inferno that reduced the country’s most popular prizefighting venue of the 19th century to a pile of rubble and ashes. 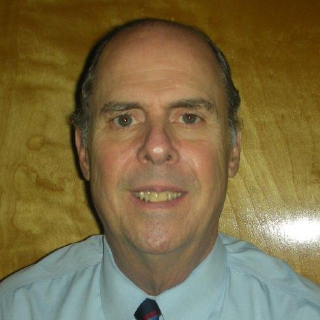 A lifelong resident of New Orleans, S. Derby Gisclair is a member of the Society of American Baseball Research (SABR) and its 19th Century, Minor Leagues, Deadball Era, Oral History, and Pictorial History Committees. He heads the Schott-Pelican Chapter of SABR in Louisiana and is also a Sustaining Member of the National Baseball Hall of Fame and is on the Nominating and Selection Committees for the Greater New Orleans Professional Baseball Hall of Fame.

He has written numerous articles for New Orleans Magazine and 64 Parishes Magazine (formerly Louisiana Cultural Vistas) and is a frequent contributor to 64 Parishes Encyclopedia, the online encyclopedia sponsored by the Louisiana Endowment for the Humanities with more than sixty entries submitted to-date. Derby also authored the site’s introductory essay on Sports and Recreation. He is currently compiling material for a history of the New Orleans Pelicans and a pictorial history of boxing in New Orleans. He also offers websites on the history of baseball -- New Orleans Baseball, SABR – New Orleans, and Southern Association Baseball.

Having recently retired, Derby will now have more time to devote to updating his websites when he is not watching, researching or writing about baseball or his other favorite sports, horse racing and boxing. He and his wife Claire split their time between their homes in New Orleans and Destin, Florida. 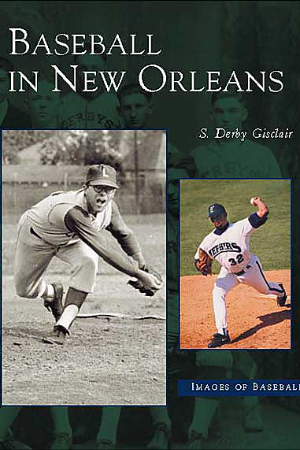 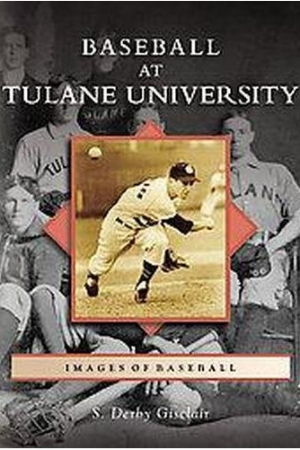 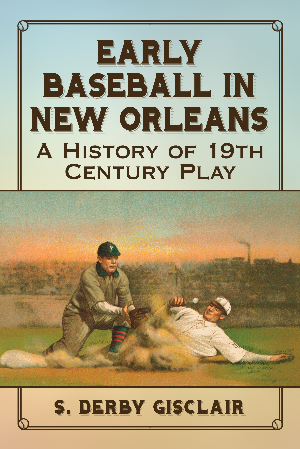