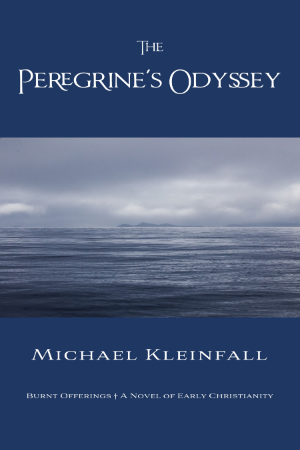 The Peregrine's Odyssey – Burnt Offerings - A Novel of Early Christianity

Christiani esse non licit: “It is not lawful to be a Christian!”

From the time of Nero in the mid-first century, these four words hung over the heads of every Christian for the first three centuries of the nascent Church of the Christos, the God-man. To be a Christian was to be subject to execution. So it was…

In 116 AD during the reign of the Emperor Trajan, Ignatius, bishop of Syrian Antioch, heard those four words sentencing him to death in the Roman Colosseum. His condemnation and martyrdom were witnessed by Gaius Segusiavus, the “Peregrine,” a wealthy Gallo-Roman merchant and Ignatius’ lifelong and closest friend.

Against the backdrop of Trajan’s Roman Empire, Gaius is inexorably drawn into the Christian world as “The Way” spreads throughout the Empire and into Gaius’ own family. We encounter the Christians of Rome, those in Asia and Bithynia; the emperor Trajan, successful in war, reshaping the face of Rome with his monumental building projects; the decorated centurion Maximus who befriends Gaius; the eloquent Roman senator, Pliny the Younger, through whose letters we live the lives of noble Romans; and a vengeful, banished son who will haunt the last days of the “Peregrine.”

Over the course of twenty years the lives of Gaius and Ignatius are increasingly intertwined: Ignatius the martyr who becomes one of the most famous and iconic of the early Church Fathers; Gaius who seeks understanding of his closest friend’s faith, while fearing the possibility of hearing those deadly four words.

History and fiction meet in a story of the love of two “brothers” and the Love that conquers all. 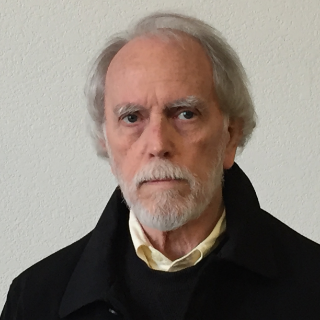 Graduate of the University of California-Davis-1970 followed by a 30-year career in business insurance and risk management.

Now "retired," for the past fifteen years I have been active in Church ministry. One ministry in particular married an interest in history (Roman imperial period) with the history of early Christianity. The overarching questions I often asked were: What was it like to be one of the first Christians? And, why would a "pagan" get involved with or practice this radically strange religion? How can we, twenty centuries later, relate?

Four years ago, I began a series of historical-fiction novels: Burnt Offerings—delving into this period of Roman and Christian history, entering the world, the culture, the lives of the first Christians and their Roman neighbors. A secondary purpose was to (re)introduce important Christian figures who were instrumental in promoting (evangelizing) and defining what Christianity was and would become.

My first book, The Peregrine's Odyssey, begins a journey into this early period of our shared history of western civilization.