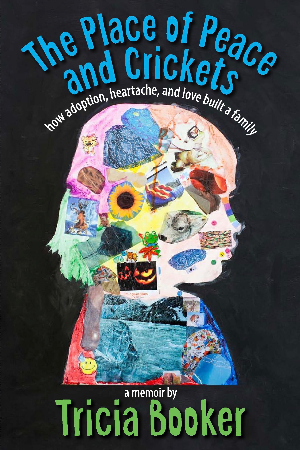 The Place of Peace and Crickets – how adoption, heartache, and love built a family

When journalist Tricia Booker and her husband had trouble conceiving, they followed the well-worn footsteps of couples exploring in-vitro fertilization. Two years and thousands of dollars later, they decided to have a long fulfilling life—without children.

Instead, they became immersed in the world of international adoption. Their first child, born in Vietnam, introduced them to a poor but loving orphanage where infants slept with their caretakers.

In candid, raw prose, Booker tells the story of her family, including her son's diagnosis of Anxious-Attachment Disorder, the service dog she trained to help him, and her and her husband's chaotic attempts to simplify their lives in order to heal their son. 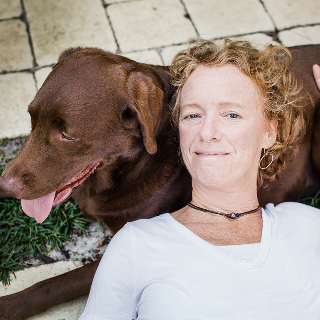 Tricia Booker is an award-winning journalist who has written for Folio Weekly, Southern Living, Notre Dame Magazine, and other publications around the country. She currently teaches journalism at the University of North Florida and writes a popular blog about topics ranging from politics and literature to adoption and manners. She also teaches fitness classes, and is unexpectedly very good at boxing.

Her first book is a memoir about how Tricia and her husband adopted and are raising three children, including one who suffers from an attachment disorder. "A Place of Peace and Crickets: how adoption, heartache and love built a family" is a story about love, kids, dogs and chaos. It was released last year by Twisted Road Publications.

Tricia lives in Ponte Vedra Beach, Florida, with her firefighter husband, three children, three permanent dogs, and a varying number of foster dogs. She dreams of living in a yurt.