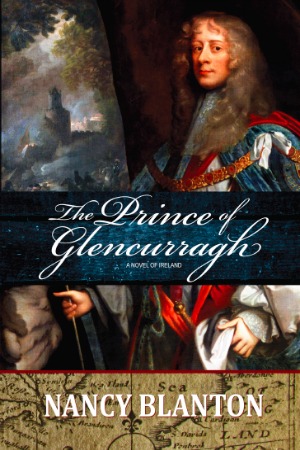 The Prince of Glencurragh – A Novel of Ireland

As the son of a great Irish warrior, Faolán Burke should have inherited vast lands and a beautiful castle, Glencurragh. But tensions grow in 1634 Ireland, as English plantation systems consume traditional clan properties, Irish families are made homeless, and Irish sons lose their inheritance. Encountering the beautiful heiress, Vivienne FitzGerald, Faolán believes if they were to marry, together they could restore his stolen heritage and build a prosperous life. But, because the Earl of Cork protects her, abduction seems to be his only option.

Best friend Aengus O’Daly narrates as he and the brothers Thomas and Sean Barry help Faolán to complete the deed, and hasten to the Earl of Barrymore, who has promised to negotiate the marriage settlement. But Vivienne clearly has a mind of her own, and the adventure that began as a lark takes a dark turn when one man is injured, another is killed, and their plans for Barrymore’s support go awry.

Faolán now finds himself in the crossfire between the four most powerful men in Ireland—the earls of Clanricarde, Cork, Ormonde, and the aggressive new Lord Deputy of Ireland, Thomas Wentworth—men who use people like game pieces to be moved about for their own benefit. And other forces threaten their plans, and even their lives. With the course of events now beyond their control, will Faolán and Vivienne ever realize the dream of Glencurragh?

This book combines fascinating historical details with an immersive sense of a remarkable place, the beautiful southwest of Ireland. Available in hard cover, soft cover and e-book. 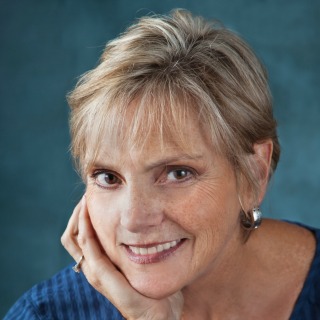 Nancy Blanton is the author of novels based primarily in Irish history. The Prince of Glencurragh, her second novel, is set in 1634 prior to the great rebellion of 1641. Her first novel, Sharavogue, also set in 17th century Ireland. Both books are first-place winners of Florida’s Royal Palm Literary Award. Her non-fiction book, Brand Yourself Royally in 8 Simple Steps, is a 2016 FAPA President’s silver medal winner that has a guide for authors, artists, and business consultants who need to establish presence and be memorable to potential customers. The book has become a basis for hands-on personal branding workshops. She wrote and illustrated a children’s book, The Curious Adventure of Roodle Jones; co-authored the award-winning book Heaven on the Half Shell: the Story of the Pacific Northwest’s Love Affair with the Oyster; and spearheaded production of Rising Tides and Tailwinds, a corporate history book for the Port of Seattle centennial. Her blog, My Lady’s Closet, focuses on writing, books, book promotion, historical fiction, research and travel. Ms. Blanton has worked as a journalist, magazine editor, corporate communications leader and brand manager. She has won numerous awards for professional leadership, writing, advertising and public relations products. She lives in Florida.