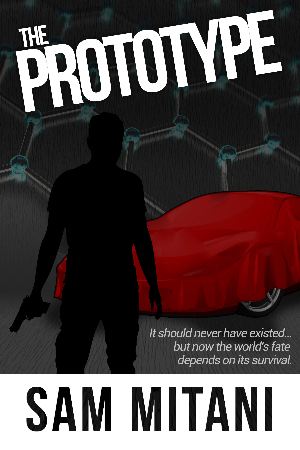 The Prototype – It should never have existed, but now the world's fate depends on its survival.

Stockton Clay, an ambitious automotive journalist and gamer, receives a mysterious invitation to the world premiere of a secret prototype supercar. Once there, an attempt on his life is made, and he is caught in the crossfire between the CIA and a mad Russian scientist on the verge of upsetting the balance of world power. As he fights for survival, he discovers several unknown things about his life, including his true identity. 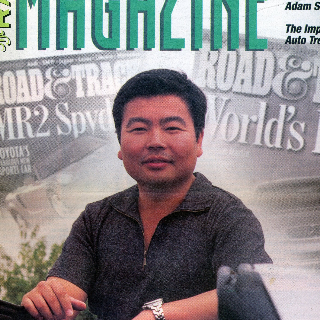 O. Sam Mitani, a Japanese-American writer and author, best known for his work as International Editor for Road & Track magazine where he spent 22 years. His expertise and knowledge on Japanese automobiles makes him one of the foremost authority about these popular imports from Asia. He was the first Asian-American senior staff member of an English language major automobile publication.

Mitani has also been published in magazines in Singapore, Malaysia, Hong Kong and Japan. He currently writes a monthly column for XaCAR, and regularly contributes to Best Car, two of Japan’s most popular auto magazines. His travels around the world inspired him to author a book, Fielding's Malaysia & Singapore: The Adventurer's Guide to the Wonders of Malaysia and Singapore. He also co-authored a book about traveling in Asia titled Fielding’s Far East.

A practitioner of judo, Mitani holds a 5th-degree black belt; he also placed as high as third place at the World Masters Championship International Competition in São Paulo, Brazil.