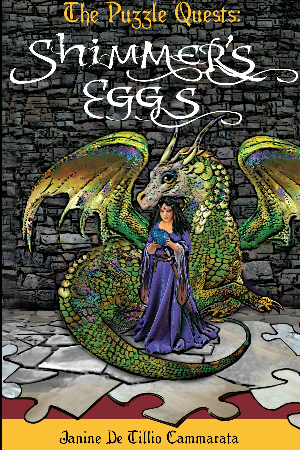 Eleven-year-old Luke longs for an adventure to escape being sick in the hospital. As a medieval princess and her dragon come to life from his jigsaw puzzle, he doesn't know what to believe. When she grants him and his little brother, Peter, a wish in exchange for help, they can't afford to say no.

Peter would do anything to help his brother get better, including traveling to another world on a quest and recruiting their best friends, Mark and Rose. With time running out, they battle against evil not knowing if their wish will be granted. Any adventure has risks and a wish can have unwanted consequences. But when it comes to fighting for the ones they love, nothing will get in their way.

Shimmer's Eggs is the first in The Puzzle Quests series of adventures that span across time and generations. 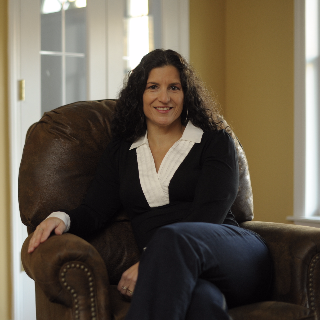 Janine De Tillio Cammarata is a graduate of the College of Saint Rose (’88, ’93) in English Literature with a concentration in Medieval Literature. She is the award winning author of What Makes Them Amazing: Inspiring Stories of Young Adults Fighting Cancer, Warriors Within: Book One of the Fianna Cycle, and Eyes of the Goddess: Book Two of the Fianna Cycle. Her first middle grade novel, The Puzzle Quests: Shimmer's Eggs was released October 7, 2017.

Cammarata is a member of The Society of Children’s Book Writers & Illustrators. She teaches creative writing and journaling workshops to all ages from elementary school, middle grade, high school, and adults.

As president and co-founder of Nick’s Fight to be Healed Foundation, Inc. Janine spends much of her time running this foundation that is very close to her heart. It was formed in memory of her son, Nick, who passed away from Leukemia in October 2008. Nick’s Fight to be Healed Foundation financially and emotionally supports local pediatric cancer patients, as well as the young adult cancer community. 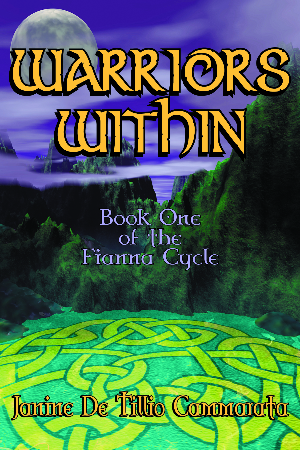 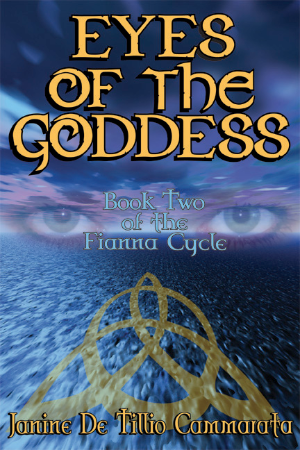 Eyes of the Goddess 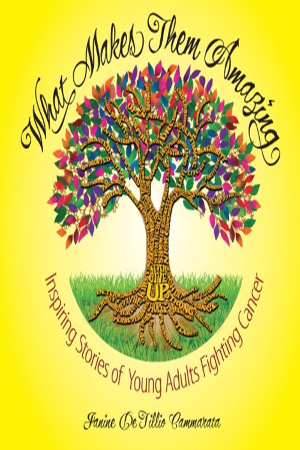 What Makes Them Amazing