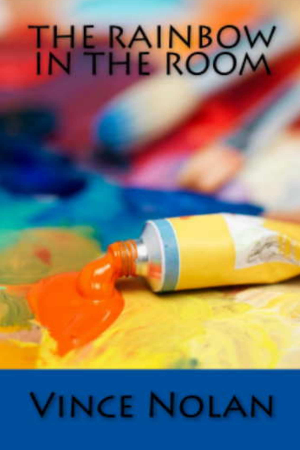 The Rainbow in the Room

What if you had the power to make anything you said in rhyme come true? And were summoned before the Senate Subcommittee on Patriotic Inactivity to defend why you haven’t done more to aid Homeland Security in their efforts? Especially in light of 9/11? The Rainbow in the Room immerses its audience in the lives of three characters during a two-day Senate hearing in which Adam Montgomery, the self-confessed rhymer, is the star witness. He explains the history of this unique talent to the subcommittee, as well as the moral code by which his ability is bound, while simultaneously sparring with the subcommittee’s single-minded chairman, Senator Charles Wright, who lost the nine-month pregnant love of his life in the South Tower on 9/11—and is willing to bend any laws at his disposal to undo her fate.

Meanwhile, Diana White, one of the most sought-after beauties in Washington, sits in the audience at the proceedings. She lost her estranged four-star general father, Lawrence White, at the Pentagon that same September—destined to never again see the only man in DC whose attention she failed to receive but still craves. As Adam’s self-appointed judge, jury, and executioner, this modern-day Mata Hari with a psychotic chip on her shoulder will decide for herself whether the rhymer is the world’s friend or foe and—if foe—what strategy for his assassination would make her father finally, albeit posthumously, proud of her.

Fantasy meets reality with Adam Montgomery: as magical and rare as a unicorn, yet tied to the real world at a time in our collective history when accountability was the priority of the day, especially for him, the one man who did what no one else could—sacrifice his anonymity and privacy to help us out in spite of the risks and limitations. 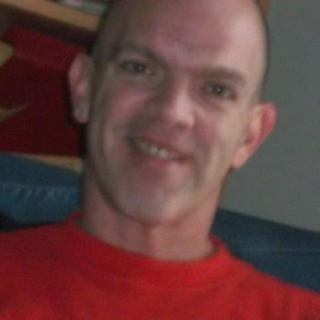 As a lifelong writer with a fascination for fantasy and magic, Vince Nolan has gone from creating his own fan fiction ("Bewitched" Meets "I Dream of Jeannie") to self-publishing his first fantasy novel on Amazon (The Rainbow in the Room) to his latest lighthearted, supernatural romantic comedy available through SynergeBooks: Love Happens.

Vince uses a light, fun and casual style of writing to create his gallery of charming magical characters who not only entertain, but speak to some of life's concerns, including surviving—and succeeding—in a world where magic can, hopefully, be embraced and accepted.

In between working on additions to his magical cast of characters, Vince enjoys reading classic authors, such as Thorne Smith and Ian Fleming, learning from the masters in their genres, and hoping to achieve his own success with his unique style and voice. He firmly believes that every day presents new opportunities, challenges, and surprises—and he looks forward to every one of them. 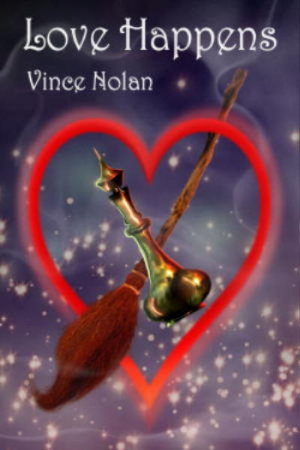