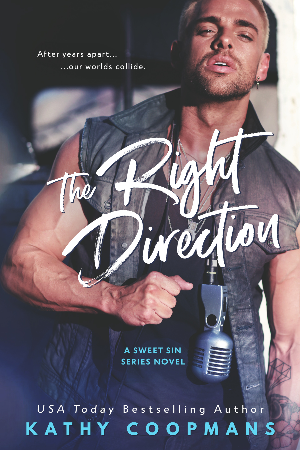 From USA Today Best- Selling Author comes book one in The Sweet Sin Series. All five books can be read as a standalone.

Meet the men of the rock band, Trained in Black. “Our someday will come soon, Joslyn.” Those words were the last words I heard from Roman Nixon before I walked away. I knew our someday might come, but not the one he and I had always dreamed about.

His life headed in one direction, mine in the other. While Roman became the lead singer for the successful rock band Trained in Black, I became a ruthless attorney. He moved on and married someone else. As I was forced to observe him and his bride on the cover of every magazine out there, I deserved to suffer because of what I had done.

What I didn’t expect was a phone call that led to me becoming his new attorney. After years apart, our opposite worlds collide. This time, we may get our someday. But first, we have to find a way to steer us in the right direction. 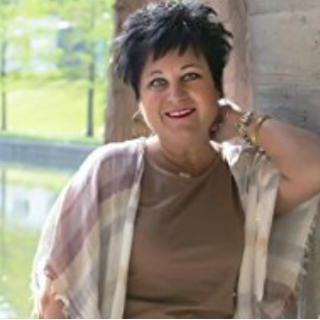 USA Today Best-Selling Author Kathy Coopmans is a Michigan native where she lives with her husband, Tony. They have two sons, Aaron and Shane.

She is a sports nut. Her favorite sports include NASCAR, Baseball, and Football. She has recently retired from her day job to become a full-time writer. She has always been an avid reader and at the young age of 50 decided she wanted to write. She claims she can do several things at once and still stay on task. Her favorite quote is "I got this."

Kathy currently released her 25th book, "The Right Direction." Check out her author page or type in her name on Amazon.