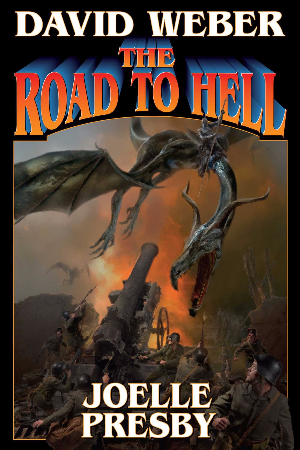 The Road To Hell

The war between magically-gifted Arcana and psionically talented Sharona continues to rage. The dragon-borne Arcanan assault across five universes has been halted at Fort Salby by a desperate defense, but at atrocious cost. One of those costs was the life of Crown Prince Janaki, heir to the newly created Sharonian Empire, who went knowingly to his death in the tradition expected of the House of Calirath. And another price will be the sacrifice of his younger sister, Grand Imperial Princess Andrin, now heir of Sharona, for the accords creating the Sharonian Empire require the marriage of the heir to the Crown to wed a Uromathian prince.

Andrin bears her family's Talent, the Glimpses, which show flashes of events yet to come. She knows the accords must be secured . . . and like her brother, she will pay any price, make any sacrifice for her duty to her people.

Sharona's soldiers dig in, facing the Arcanans in a tense standoff which cannot last long. Both sides continue rushing reinforcements towards the front, but how do armies fight wars when they can reach one another only through the portals which join the universes? And far, far behind the front, carried by dragons, a young Voice name Shaylar and her husband Jathmar hurtle deeper and deeper into Arcanan captivity, their only protection the fierce personal honor of the Andaran officer whose men massacred all of their companions in the horrendous misunderstanding which began the entire conflict.

Men and women of honor on both sides must grapple with the terrible costs and deadly secrets of the spreading cataclysm, and in the shadows, those who will balk at neither treason nor murder drive the conspiracies which pour fuel into the furnace. The stakes are high and the pieces are in motion, but there are factors known not even to the conspirators and not even a Calirath can Glimpse the final outcome. 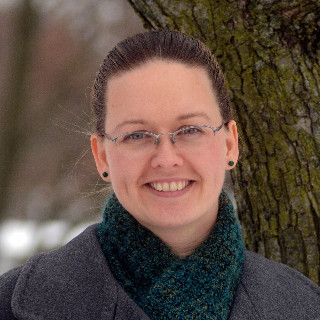 Joelle Presby attended the United States Naval Academy. Robert A. Heinlein had gone there, so as they say, it seemed like a good idea at the time. After graduation and commissioning, she studied how to find and kill submarines at Naval Postgraduate School and began dating a submarine officer. During her six and a half years of naval service, nations with significant submarine fleets stubbornly refused to go to war with the United States. But even though she was neither a war hero nor cannon fodder, she did still get the guy.

Joelle's book collection has survived fifteen household moves and three hurricane-induced floods. She's lived in France, Cameroon, the United States, and Japan. She and her husband, the submarine officer, live in Virginia and prefer living with hurricanes to moving again.

In addition to loving science fiction and fantasy, she is an avid fan of NOAA storm surge predictions, evacuation routes, and keeping personal libraries in easily-portable ebook form.