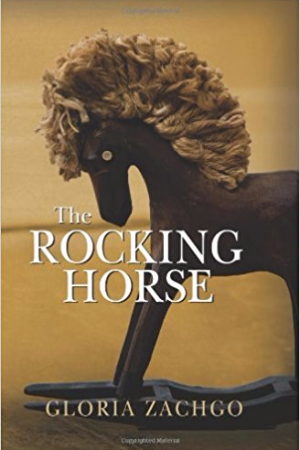 Can a family that has been savagely ripped apart find healing and redemption? Are the mysteries hidden in the human heart destined to reveal themselves? The Rocking Horse, Gloria Zachgo’s spellbinding suspense novel, charts the harrowing emotional journey of one family that is torn asunder, then magically drawn together again.

Jenny Preston has been missing for twenty-two years after being taken at the age of two on the very night her mother Amanda, Aunt Ruth, and Uncle Don were brutally and senselessly murdered. While Jenny's grandparents learn to cope with the tragedies, the sheriff, Will Barclay, must grapple with his own guilt and secrets involving the murders. The crime, which rocked the small town of Shady Creek, Kansas, has never been solved.

More than two decades later, a woman who calls herself Julie Hendricks is led by a childhood toy to Shady Creek, where she finds refuge from an abusive husband. Living on her own for the first time in her life, she starts to regain her self esteem and make new friends. Her life is then turned upside down again when she discovers she may be the child that was abducted from this very town so many years ago. With the encouragement of her new friends, and a very special someone, she returns to Chicago to learn the truth of her childhood history from her father. After a gripping turn of events, Julie returns to Shady Creek to wrestle with the emotional complexities of her new life and how her past life is starting to catch up with her. An unexpected hero comes to Julie’s aid. A story of family, home, and the grave consequences of actions, The Rocking Horse explores the aftermath of the most unimaginable heartache: the disappearance of a child. Fast-paced and full of intrigue, this riveting read mines the depths of the human heart on its road to recovery. 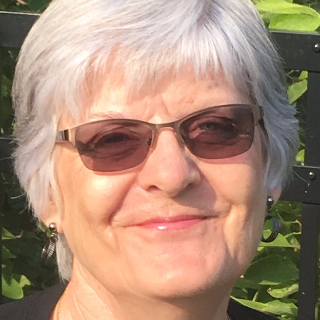 It’s a natural for Gloria Zachgo to write stories with Kansas settings. She grew up on a farm in Lincoln County, where she attended one of the last one-room schoolhouses in the country. After graduating from Brown Mackie Business School, she married her high school sweetheart.

Living out of state for several years, Gloria and her husband moved back to their Kansas roots. While their children were young, she ran a small business out of their home. It was when her children left the nest, that she pursued a lifelong dream and took various art lessons.

Always wanting to learn new things she joined a creative writing group in 2006, and soon found she had a passion for writing fictional short stories. One particular short story was written on the prompts of a gingerbread man and a small toy horse. It led to her first novel, The Rocking Horse. “I knew there was more to the story. I kept seeing the image of a young woman, all alone, with a quirky little toy trying to give her a message.” “I love writing about ordinary everyday people and their struggles with what life deals them.”

Gloria certainly did write about the struggles of ordinary people in her second novel, Never Waste Tears. She lets five individuals each tell their own story of what Kansas looked like in the 1860s, when the land was free, but the true price was often high.

Gloria’s characters often completely take over their own destination. In her latest novel, Hush Girl: It’s Only a Dream, Nicki Reed is no exception. Gloria simply wrote what Nicki felt as she delved into her past. Gloria Zachgo and her husband currently reside in Wichita, Kansas. To learn more about Gloria feel free to visit her website – www.gloriazachgo.com 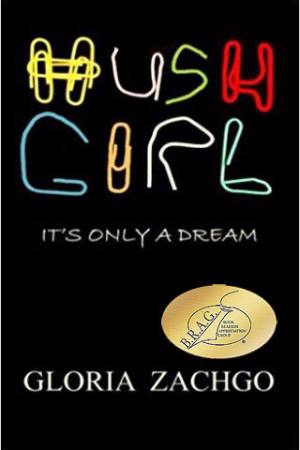 HUSH GIRL: It's Only a Dream