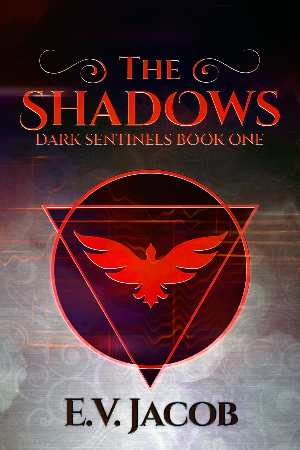 After a traumatic year, sixteen-year-old Roz is excited to move to Las Vegas, longing for the fresh start it will bring her and her father. Instead, she gets her possessions rearranged and ghosts chasing her from her home. While her father believes she’s having stress-induced hallucinations, Roz knows something more sinister is at play. With the help of her cousin, neighbor, and a pair of amateur paranormal investigators, she sets out to take on the specters herself.

But the deeper she digs, the more terrified she becomes. The supernatural activity plaguing her increases, and with it comes new and terrifying threats. She finds an old journal from her troubled mother, and within its pages are revealed terrible truths: Worlds that exist beyond ours, mysterious powers she possesses, and dangerous beings that will kill her for these abilities. Determined to stop the shadows from overtaking her world, Roz and her friends will put a stop to the looming darkness, or die trying. 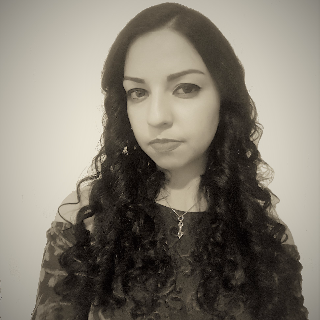 E.V. Jacob is a philosopher some days, a scientist others, and a writer always. It's a wonder that such a scatterbrain ever gets anything done, but based on the existence of this book (and several others in various stages of editing), she can at least jot down some of the ideas bouncing around her head.

She lives in Las Vegas, where she spends her time planning to take over the world. Or hanging out with her family. Possibly napping. She is a fan of tea, a hopeless geek, and an Oxford comma enthusiast.