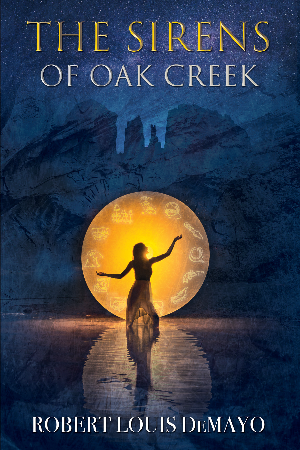 The Sirens of Oak Creek

A hidden, sacred canyon. Eight women. Twelve centuries. And a mystical song that connects it all. This is the layout of Robert DeMayo's new novel, "The Sirens of Oak Creek", a gripping tale that intertwines local myths with historical facts and the author's vibrant imagination. The story is also about the different people who passed through Arizona's magical Oak Creek Canyon over the centuries: Ancient hunter-gatherers, Mayan visitors, Spanish conquistadors, early American settlers and modern-day seekers of bliss. They all will have to face their truth in this remote high-desert canyon. "The Sirens of Oak Creek" is a meditation on the power of immaterial realms, and of nature itself, as perceived through the eyes of these women. 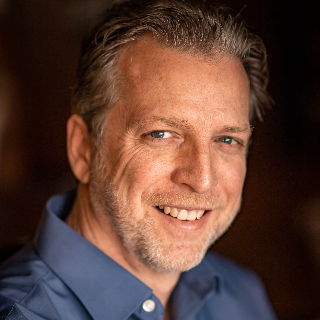 Robert Louis DeMayo took up writing at the age of twenty when he left his job as a biomedical engineer to explore the world. Over the coming years he traveled to every corner of the globe, experiencing approximately one hundred countries. He is a member of The Explorers Club. During his travels he worked extensively for the travel section of The Telegraph, out of Nashua, NH, and the Hollis Times.

For three years he worked as marketing director for Eos, a company that served as a travel office for six non-profit organizations and offered dives to the Titanic and the Bismarck, Antarctic voyages, African safaris and archaeological tours throughout the world. Following this, Robert worked for three years as a tour guide in Alaska and the Yukon during the summers and as a jeep guide in Sedona, Arizona, during the winter. He eventually became the general manager of the Sedona tour company before he decided to write full time.

He is the author of six novels: The Making of Theodore Roosevelt (a fictionalized account of Roosevelt´s first acquaintance with wilderness living), The Light Behind Blue Circles (a mystery thriller set in Africa), The Wayward Traveler (a memoir-based story following a young adventurer, who runs out of money while traveling abroad), Pledge to the Wind, the Legend of Everett Ruess (historical fiction account of the young man's life), The Road to Sedona (the story of a young family that head up to Alaska to find work in the wake of 9/11), and recently, The Sirens of Oak Creek, a historical mystery that combines fact with mythology. Collectively, these novels have won six national awards.

Currently he resides in Hollis, N.H. and Sedona, AZ, with his wife Diana and three daughters: Tavish Lee, Saydrin Scout, and Martika Louise.