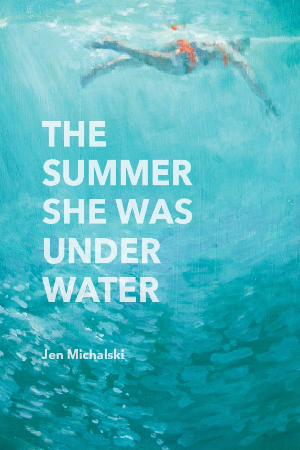 The Summer She Was Under Water

It has been twenty years since Sam Pinski, a young novelist, has spent the Fourth of July weekend with her family at their cabin on the Susquehanna River. There, she must confront a chaotic history of mental illness, alcoholism, and physical violence, and struggle to find perspective in the pulse of things familiar and respite from the shame of the taboo relationship that courses through her. As she does, a subplot emerges: Excerpts are included from Sam's metaphoric novel in which a pregnant man tries to solve the mystery of his fertility and absolve himself of his past. Then tragedy strikes the Pinskis and they must draw together, tentatively realizing that they will continue to spin off in their own orbits unless they begin the hard work of forgiveness themselves. 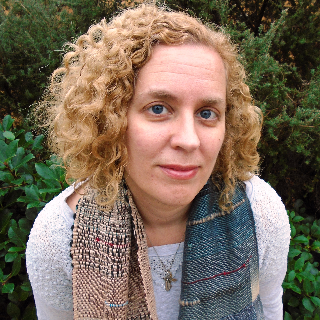 Jen Michalski lives in Baltimore, Maryland. She graduated from St. Mary’s College of Maryland with a BA in English in 1994 and received her MS in Professional Writing from Towson University in 1999. She was voted one of the best authors in Maryland by CBS News, one of "50 Women to Watch" by The Baltimore Sun, and "Best Writer" by Baltimore Magazine (Best of Baltimore issue, 2013).

Her debut novel THE TIDE KING was published by Black Lawrence Press (2013; winner of the Big Moose Prize and "Best Fiction," Baltimore City Paper, 2013), and her second novel, THE SUMMER SHE WAS UNDER WATER, by Queens Ferry Press (August 2016). She is the author of two collections of fiction, CLOSE ENCOUNTERS (So New, 2007) and FROM HERE (Aqueous Books, 2013) and a collection of novellas, COULD YOU BE WITH HER NOW (Dzanc Books, 2013). She also edited the anthology CITY SAGES: BALTIMORE (CityLit Press 2010), which Baltimore Magazine called "Best of Baltimore" in 2010. She is the founding editor of the weekly literary journal jmww, host of the monthly reading series Starts Here! in Baltimore, and interviews writers at The Nervous Breakdown.

Her fiction has appeared or is forthcoming in more than 100 publications, including McSweeney’s Internet Tendency, Poets & Writers, The Lit Hub, failbetter, storySouth, Barrelhouse, The Baltimore Review, The Urbanite, Baltimore Magazine, Baltimore Style, 42 opus, Hobart, The Literarian, The Summerset Review, Gargoyle, wigleaf, The Potomac Review, PANK, Smokelong Quarterly, and others. Her stories "From Here," which appeared in storySouth, "The Goodbye Party," in The Literarian, and "Three Boys," in Barrelhouse, were nominated for the Pushcart Prize.