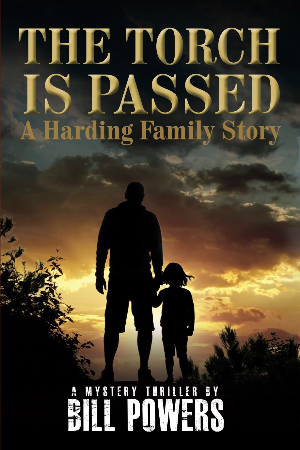 The Torch is Passed – A Harding Family Story

In emerging American author Bill Powers’ debut medical thriller, The Pharm House – which was the Finalist in the Medical Thriller category of the 2014 National Indie Excellence Awards and Reader’s Favorite 5-Star Book Award Winner – readers were introduced to Nicholas Harding and his daughter, Andrea.

Now comes the second Harding family story, The Torch is Passed, named Best Book in the Category of Thriller of the Pinnacle Book Achievement Award for Winter 2016; a 2016 Readers' Favorite Honorable Mention in the Fiction - Mystery category; and a Finalist in the 2016 5th Annual Beverly Hills International Book Awards Suspense category.

A suspenseful and plot-twisting story, The Torch is Passed finds Andrea’s world turned upside down when her father, Nicholas, and her uncle, Michael, are shot in a shocking and puzzling attack. With only her paternal grandmother left, it falls to Andrea – a recent college graduate – to not only investigate the mysterious circumstances surrounding the attack of her father and uncle, but also to oversee Harding Industries – and navigate an often dangerous fast-track to adulthood.

Along with new allies, Andrea urgently seeks answers to why anyone would want to kill her entire family – growing up along the way – and seeking her revenge.

Brimming with plot twists, unexpected decisions, and recurring threats to relationships, The Torch is Passed is a tantalizing read with historical references including a subplot involving an old land deal setup by John D. Rockefeller’s Standard Oil Company over one hundred years ago that involves the Harding family. “The Torch is Passed and other books in The Harding Family series carry the basic theme of family and what people may be driven to do to protect the ones they love,” says Powers. 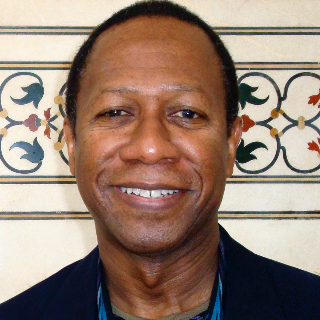 In emerging American author Bill Powers’ debut medical thriller, The Pharm House – which was the Finalist in the Medical Thriller category of the 2014 National Indie Excellence Awards – readers were introduced to Nicholas Harding and his daughter, Andrea. 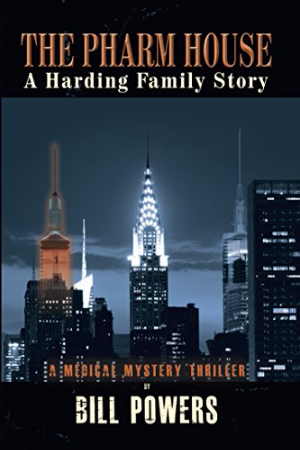