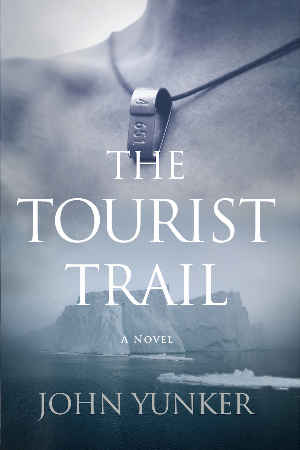 The Tourist Trail – A Novel

An IndieReader Discovery Award Winner, The Tourist Trail is a literary thriller about endangered species in the world's most remote areas, and those who put their lives on the line to protect them.

Biologist Angela Haynes is accustomed to dark, lonely nights as one of the few humans at a penguin research station in Patagonia. She has grown used to the cries of penguins before dawn, to meager supplies and housing, to spending most of her days in one of the most remote regions on earth. What she isn’t used to is a strange man washing ashore, which happens one day on her watch.

The man won’t tell her his name or where he came from, but Angela, who has a soft spot for strays, tends to him, if for no other reason than to protect her birds and her work. When she later learns why he goes by an alias, why he is a refugee from the law, and why he is a man without a port, she begins to fall in love—and embarks on a journey that takes her deep into Antarctic waters, and even deeper into the emotional territory she thought she’d left behind.

Against the backdrop of the Southern Ocean, The Tourist Trail weaves together the stories of Angela as well as FBI agent Robert Porter, dispatched on a mission that unearths a past he would rather keep buried; and Ethan Downes, a computer tech whose love for a passionate animal rights activist draws him into a dangerous mission. 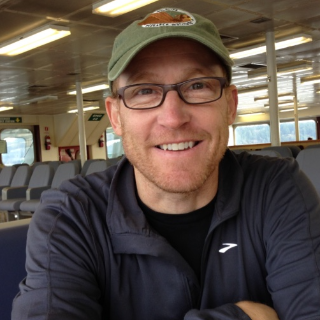 John Yunker is a writer of plays, short stories and novels focused on human/animal relationships. He is co-founder of Ashland Creek Press, a vegan-owned publisher devoted to environmental and animal rights literature. He is also author of the novel The Tourist Trail and the children's book Bird Words.

His full-length play Meat the Parents was a finalist at the Centre Stage New Play Festival (South Carolina) and semi-finalist in the AACT new play contest. Species of Least Concern was a finalist in the 2016 Mountain Playhouse Comedy Festival. His short play, Little Red House, was published in the literary journal Mason's Road, and produced by the Studio Players Theatre in Lexington, Kentucky. In 2017, the short play Of Mice and Marines was workshopped and given a staged reading at the ATHE (Association for Theatre in Higher Education) conference in Las Vegas.

His short stories have been published by literary journals such as Phoebe, Qu, Flyway, and Antennae.