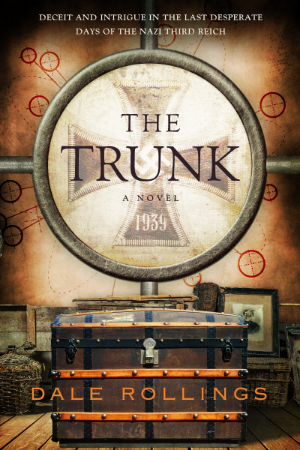 Goaded by the intimidation of the irascible and quirky Aunt Mildred after the death of Don’s Father, Hugo Jurgens, Don and Connie Jurgens search for a steamer trunk filled by Don’s mother, Frieda, before her death. It contains photographs, clippings and family memorabilia, but also some disturbing and unexplainable items: German passports, a Luger and two Nazi Iron Cross medals.

Most intriguing is a series of seventeen diary-like notebooks written by Frieda spanning the time when she and Hugo met in 1929 through 1945. The notebooks, at first, are benign, but begin to reveal the conflicted lives of a young couple living in the crossfire of the German-American Community of South St. Louis during the rise of the Third Reich. To the surprise and dismay of their son, Don and his wife, Connie, the notebooks chronicle the slide, motivated by greed, of Hugo and Frieda from good citizens into full-fledged Nazi Spies.

Frieda’s position as secretary to an officer of a major Defense Contractor make her of particular interest to the Nazis, and the information to which she has access is a valuable commodity for which they are willing to pay. Freida and Hugo’s need, and greed, in a time of economic depression, with the expense of starting a family and the forces of a young marriage, coupled with Hugo’s, struggling business, make the delivery of classified secrets for cash an attractive proposition.

But the Nazis want something far more dangerous, more destructive and more treacherous, for which they will pay handsomely – much more than for the secrets previously delivered. With an offer of significant magnitude, they entice Freda and Hugo to Berlin to be looked over by the German High Command, and, if found satisfactory, to be offered the opportunity of a lifetime. Only then do they learn that the Plan calls for the death of thousands of Americans and the destruction of most of their home City of St. Louis. The diabolical Plan has huge risks, but a lifetime of rewards for Hugo and Frieda.

Driven by greed and willing to assume the risk, they accept, and the Plan is put in motion.

Only through an unusual and unexpected turn of events is the plan thwarted, and forty years later their only Son, Donald, and Daughter-in-Law, Connie, are left to bring the Plan to a violent and permanent end. 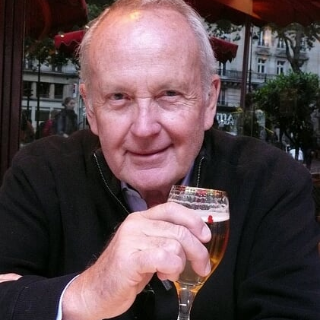 His first extensive writing came as manager and overseer of appellate briefs and arguments of criminal cases for the State of Missouri before the Missouri Supreme Court.

Upon returning to private practice Rollings assumed the position of Executive Director of an international trade association, and continued writing by producing numerous trade association articles, educational materials and conducting courses and seminars on business subjects, points of law and matters of legislative interest.

His law practice migrated toward corporate transactions, mergers and acquisitions, tax and family business succession planning, in all but three states and several foreign countries. With his practice requiring extensive travel Rollings produced his first book, Exit Laughing, a primer for those considering selling, retiring from or passing a family-owned business to the next generation.

Commencing in the Eighties, Rollings began writing fiction, and produced several drafts of historical and current fiction which were “shelved” as his business demands grew. On his retirement from the practice of law he “dusted off” the drafts and began finalizing several novels that he intends to bring to print, the first of which is “The Trunk”.