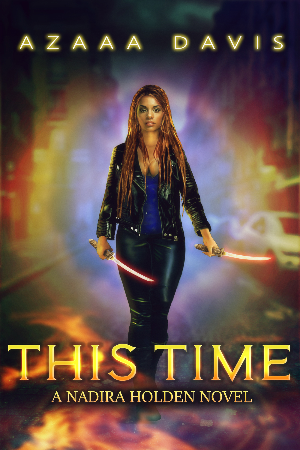 This Time – A Nadira Holden Novel

Children of Orion, the secret protectors of mankind, trained Nadira in the ancient art of demon hunting. Since then, Nadira built herself a fearsome reputation by banishing every demon she has encountered and killing the strays who transgressed against humans. Then, she died in battle.

Now, Nadira has been resurrected in present day New York, where demons have apparently made peace with humans. Forced to rejoin the endless fight for the souls of mankind, Nadira is told by the Children of Orion that she is their weapon in the fight to expose the demons as the hellspawn they are.

Can Nadira remain a beacon of light for other paranormal hunters, even with her mysterious, post-resurrection blackouts? Or is she a few bad deeds away from losing her humanity and tarnishing Children of Orion's reputation for good? 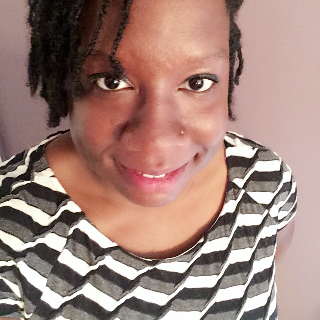 Azaaa Davis is a writer of urban fantasy novels.

She fell in love with reading as a high school freshman and continues to read, write, and draw today. Her background in social work helps her portray realistic characters in fantastic—and sometimes terrifying—situations. A New York native, Azaaa currently lives in New Hampshire with her husband and daughter.

Azaaa debuts with This Time, A Nadira Holden Novel, about demon hunters, family ties, and the magic of love. This Time releases on 10/01/18. She is working diligently to finish writing more fantasy novels. Her next book is expected to be released in early 2019. Thank you for showing an interest in her stories!