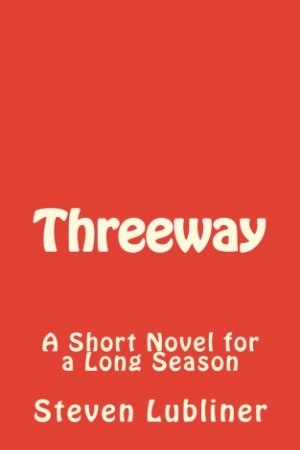 Threeway – A Short Novel for a Long Season

The president's sex tape is missing. In an election year?

Who wins if it turns up? The physically blessed, ex-hippie, male enhancement millionaire running for the Republicans? How about that new third party, the Brown Baggers? They have quite a way of expressing themselves. Maybe that jaded, pathologically centrist political blogger who feels each tick of the clock? Maybe, we all win? Not likely, but don't count out that woman in the tape. Not yet, anyway.

A biting political satire, Threeway is an American novella for our time. It takes aim at the cultural, economic and rhetorical divisions that have split the country. In turns bawdy, romantic, sad, and alarming, Threeway traces the journey of three very different--yet similar--presidential candidates, exploring the common roots of loneliness and neglect from which our divisions grow even as it gives the business to all sides. 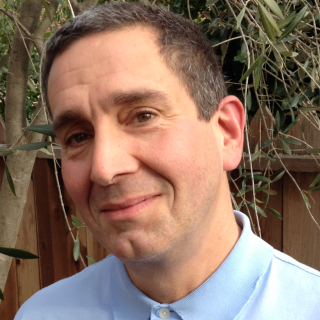 Steven Lubliner is the author of Threeway, the new satirical novel that wades into the muck of presidential politics, sex, and religion. His interfaith/pseudofaith embellished Hanukkah memoir, "A Child's Christmas in Queens," was published in 2014.

His short play, "All My Big Men," a black comedy about resentments in an aging family, was one of the winners of Sonoma County's Redwood Writers Club's 2013 ten minute play contest. It received nine performances at 6th Street Playhouse in Santa Rosa, California in May 2014.

Most recently, he is a founding writer and actor with the Petaluma Radio Players. He is the author of several short plays performed by the company.

At U.C. Berkeley, he won poetry prizes and was later published in the Berkeley Poetry Review.

He has finished second in The New Yorker's weekly cartoon caption contest.

A native New Yorker, he now lives in Petaluma, California, north of San Francisco. An attorney, he handles appeals for indigent criminal defendants. 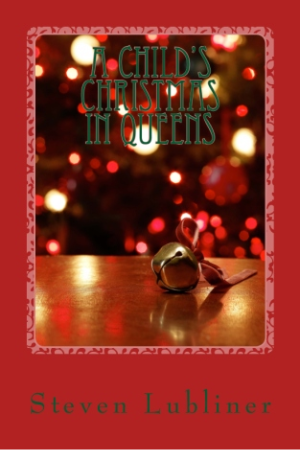 A Child's Christmas in Queens