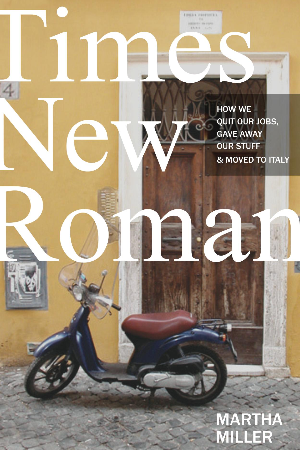 Times New Roman – How We Quit Our Jobs, Gave Away Our Stuff & Moved to Italy

When Martha first met John she overheard him musing about quitting his job and living in a box on a beach in Mexico. She was immediately skeptical, but secretly intrigued. Fast forward two years and they are enjoying their honeymoon in Mexico. Before marrying, they had discussed the “box on the beach” idea endlessly. The “box” was upgraded to a more stable dwelling and European countries were included in their pool of choices.

They had enough money saved to bum around for a while, but then what? John was 42 and Martha was 37, too old to throw caution to the wind, too young to retire. Martha wanted to live somewhere and not feel like a tourist in city after city. She wanted to know her neighbors and understand what their lives were like. They needed a plan that would allow them to experience another culture, but also prepare them for future earnings.

In Times New Roman, you will learn what that plan entailed, how they decided where to go and how they funded it themselves. Using their experiences as a backdrop, Times New Roman focuses on modern life in the Eternal City. By adapting their lifestyle, they learned how to live, eat, shop, cook and dress as the Romans do. And either through osmosis or out of necessity, they picked up some Italian behaviors they never expected. 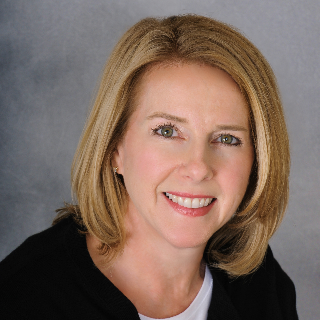 Martha Miller is a former retail executive who had been downsized twice, and decided to take life into her own hands. She and her husband quit their “secure” jobs to move overseas, complete an education, experience another culture, and change the course of their lives.

Martha began writing about the new life she was living in Italy, eventually becoming a frequent contributor to Wanted in Rome, an English-language magazine. Her work has also appeared in GoNOMAD.com, Transitions Abroad, Go World Travel, International Living, LifeinItaly.com, Family Circle, Parents, The Christian Science Monitor and The Writer. Her personal essays and syndicated columns, Living Greenly and Living Online, have been published in regional publications across the United States.

Martha lives in San Antonio with her husband and son.