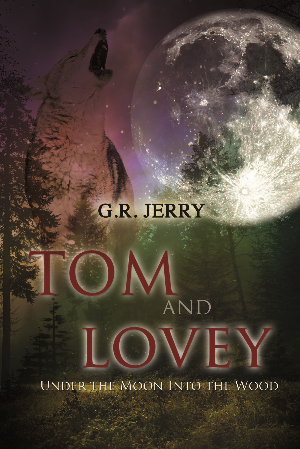 Tom and Lovey – Under the Moon into the Wood

On a ten year mission to avenge the brutal sacrifice of her man by Stargut, the local sheriff, himself on a mission to create the perfect man-beast, Lovey, abandoned by her spellbound friend Patty, is joined by a stranger. Tom is a preacher . . . of sorts, who has followed the scent of evil for a hundred years. He mysteriously appears in the Village of Wrong, the rural Midwestern town and its mutant inhabitants mere creations of the devil lawman. Together the three converge in a climactic showdown……., under the moon……., into the wood……., down by the river……., at the doorsteps of hell.

This paranormal fantasy opens with Lovey reminiscing the events of the past ten years, the murder of her husband, Bill, the appearance of the evil Sheriff Harrigut and the fictitious Village of Wrong, the attack of her neighbor Patty's poodle and the impending doom of Tom in another one of Stargut's moonlight sacrificial rituals.

As the story progresses the reader is taken back in time as Lovey's character is developed in the exploration of Bill's demise, Patty's transformation under Stargut's spell and other characters taken down in detailed reenactments of Stargut's bloody ceremony in which his victims are transformed into members of his mutant followers. Later we learn about Tom's past, the acquisition of his immortality during his youth in the late 1870's and the characters such as Red Deer that aid in molding his maturity as he seeks out the scent of evil and the path of his future. 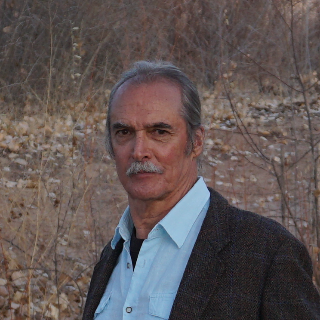 Born and educated in north shore suburban Ohio, G.R. began to nurture his lifetime interest in the macabre at an early age. After completing a military obligation, exploring the U.S. while expanding his mind during time spent as a working weekend hippie, and an insurance career that ended in Chicago, G.R. turned to putting dreams to words, the mystical, magical, fantastical images of the mind and the horror of it all.

He now resides with his wife, Patricia, corralled in central New Mexico, surrounded by stories and stars of the dark heavens.

Having barely scratched the story’s surface with his first release, Tom and Lovey: Under the Moon Into the Wood, G.R. seeks to improve his craft and further develop its characters in the book’s sequel, Pursuit of the Thunderbird. Projects also planned for release include Claim Denied and an epic tale of fantasy and horror ten years in its inception, Gairfield……., as in the Air.