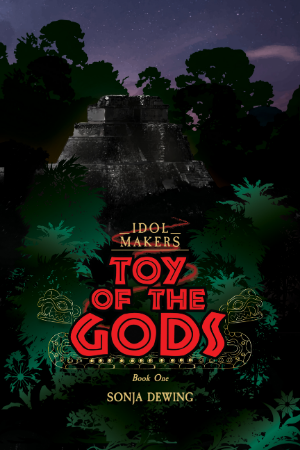 Toy of the Gods

"This story has the charm, the humor, and the thrills that readers will love...Set in the vividly described Peruvian jungle, the story introduces a diverse set of characters." - raves Lit Amri from Readers' Favorite.

They’ll have to get past armed bandits hired to kill them, angry villagers who think they are out for their land, a banana plantation owner with a secret to keep and even drunken monkeys — all while hoping the god doesn’t want any more from them.

Toy Of The Gods is a story of one woman’s heroism, and how a group of strangers band together and attempt to survive an impossible journey with plenty of action, sex, thrills, and fun. 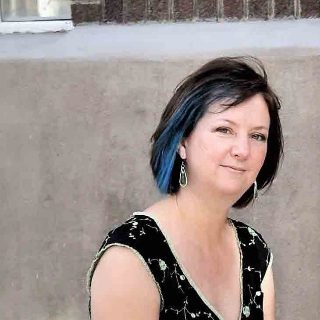 Sonja Dewing is a freelance writer. Her articles have appeared in a variety of publications including Aviation Magazine, Host Magazine, and New Mexico Entertainment Magazine. In addition, she’s published on online sites such as Tech.co. She’s also an award-winning creative writer for her flash fiction 'Something'.

What does she know about adventure? In 2013 she quit her job at a university, sold most of her things, got rid of her apartment, put the rest of her stuff in her dad’s garage, then traveled to Costa Rica, Panama, and Peru for seven weeks. She loved meeting new people, getting to know the Spanish language, and learning how to surf in Costa Rica.

While in Peru, she stayed in the Amazon at an eco-resort for a week. Her favorite time there was relaxing in the lobby in a hammock and watching as tiny black monkeys climbed down from the trees and went through the top of the open-air building. She admits that the Amazon was far more amazing then she could have imagined and was glad she went so she could add the sense of the jungle to her first published novel.

When she came back to the states, she traveled all over the country with the intention of finding somewhere new to live but realized she loved Albuquerque too much. She had to come back for the sunshine, mountains, and green chile.

When she made it back to Albuquerque, she found a great place to live, moved her stuff out of her dad’s garage, and set up an office in a coworking space. Inspired by other entrepreneurs, she recently opened a business to help writers through Plot Duckies.

When she isn't writing her next novel, or working on Plot Duckies, she's helping entrepreneurs in Albuquerque, New Mexico as an organizer for One Million Cups, or she’s planning her next trip to somewhere amazing, like Vegas, New York, or Austin.