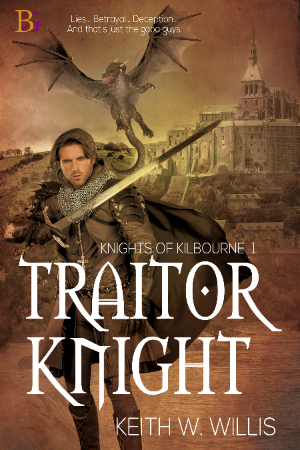 When Morgan McRobbie rescues a damsel-in-distress from a dragon, he expects she’ll swoon, murmuring “My hero!” Instead, Marissa has only loathing for the man everyone believes will betray Kilbourne. That’s fine with Morgan. A woman in his life would just complicate things.

A high-level informer threatens the kingdom’s security, and Morgan is out to stop him. Posing as a turncoat himself, he’s walking a fine line between honor and betrayal. A single misstep could result in disaster, and his mission is fraught with distractions: the pesky dragon, a pair of conniving courtiers, and the disillusioned damsel who’s certain Morgan can’t be trusted.

If Morgan’s going to save the kingdom, win the girl, and manage to stay alive, he’ll need to step up his game. Because the traitor is lurking in the shadows, and his scheme calls not just for the betrayal of Kilbourne, but also the destruction of Morgan McRobbie. 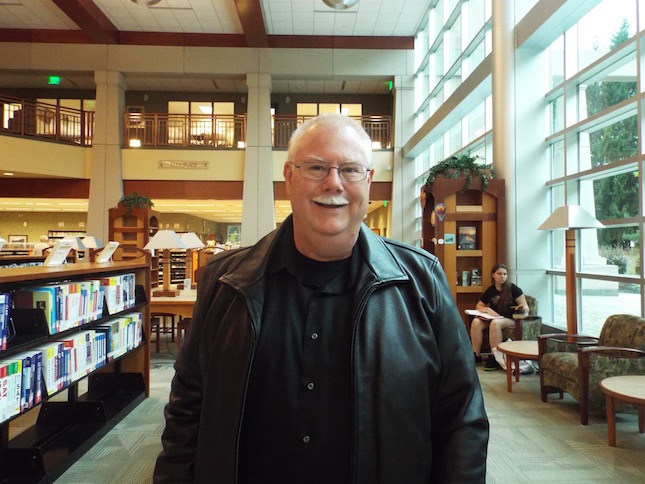 Keith W. Willis graduated (long ago) with a degree in English Lit from Berry College, which has the distinction of being the world's largest college campus. He now lives in the scenic Hudson Valley/Adirondack region of NY with his wife Patty. Keith is certain those rumbling noises attributed to Henry Hudson's crew are really just the dragons grumbling. Keith and Patty have one grown son, Matt, who actually thinks it’s pretty cool that Dad wrote a book.

Keith’s interests include reading classic mysteries, fantasy and sci-fi; camping and canoeing; and cutthroat games of Scrabble. He began writing seriously in 2008, when the voices in his head got too annoying to ignore. When he’s not making up stories he manages a group of database content editors at a global information technology firm. TRAITOR KNIGHT (Champagne Books) is his first published novel, and has won awards for both fantasy and romance. The second book in the Knights of Kilbourne series, DESPERATE KNIGHT, was released on August 7, 2017 to critical acclaim. Keith is hard at work drafting book three, tentatively titled ENCHANTED KNIGHT, along with a collection of short stories set in the Kilbourne universe. 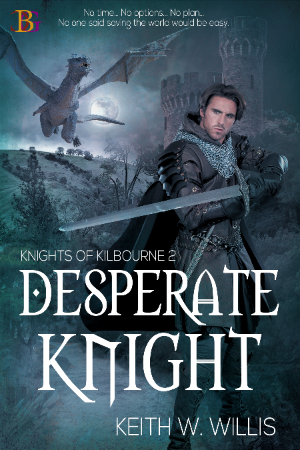 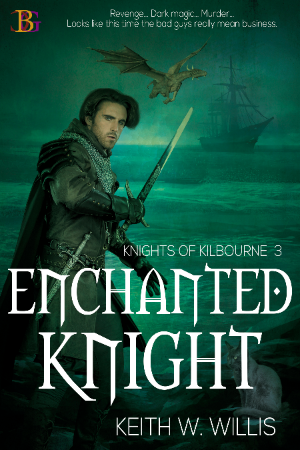