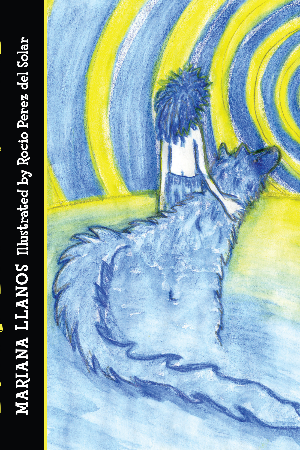 There is never a dull moment in Tristan's life! Abandoned as a baby, he was raised by wolves and speaks the language of the forest creatures. But at eight years old, he discovers the truth - he's not an animal, he's a human! Despite his wolf mother's warnings, he sets out to find out how others like him live. He makes friends with a hungry coyote who agrees to take him to a farm where humans live - if he will reward his "kindness" with some tasty chickens. But Tristan's mission leads him into trouble, and fast! He encounters a lot of nervous chickens, a worried ex-race horse, and a group of panicked pigs that will make his journey even more exciting.

This is a great piece of children's literature for kids who love adventures. With its fun story line, and intriguing illustrations, this book is sure is to become one of your kid's favorite children's books! 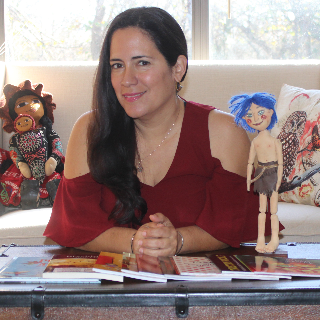 Mariana Llanos was born in Lima, Peru. Mariana developed an early passion for writing and reading, writing poetry, short stories, and plays all the way through school. She studied Theatre in the prestigious school CuatroTablas based in Lima, and moved to Oklahoma in 2002. In 2013, she published her first book, Tristan Wolf which won a Finalist spot in the 2013 Readers’ Favorite Book Award, and a spot in the 2013 Gittle List Independent Book Awards. Since then, she has published eight children’s books independently in English and Spanish.

Her work geared toward an adult audience has appeared on Writer's Resist, Blackbirds Thirds Flight, a Haunting of Words, among others. But Mariana’s real passion was ignited after discovering the magic of virtual technology. Using Skype and Google Hangouts, she has visited more than 150 schools in the United States and around the world. These visits allow Mariana to spread her love for reading and writing, as well as to promote understanding and cultural awareness. Recently, Mariana signed contract with the publishing company Penny Candy Books for the publication of her new children's story, Luca's Bridge, which will be available next Spring.

Meanwhile, Mariana continues her work of visiting schools, enticing young minds with the magic of her children’s literature. In 2014 she won the Most Outstanding Latino Artist in Literature given by the Hispanic Arts Council of Oklahoma. In 2017 Mariana was awarded the Global Citizen Award in Arts by the World Experiences Foundation for her contribution to multicultural literature, and the Human Rights Achievement Award given by the United Nations Association of Oklahoma City, which recognizes individuals’ contributions to the principles of Human Rights. Also, she was selected as the 2017 Best Artist of the Year by the Hispanic Arts Council in Oklahoma for her job representing the Hispanic community in the state. Her books in English and Spanish can be found on Amazon.com or her website www.marianallanos.com