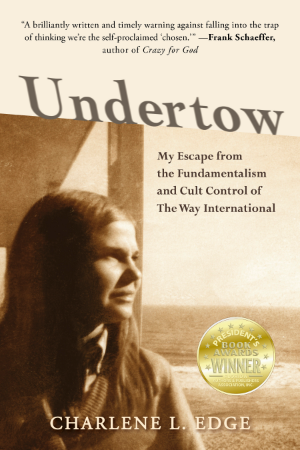 Through her personal story, Edge shows how an intelligent person can be seduced into following a deceptive, authoritarian leader. In 1970, after a personal tragedy left her bereft, teenaged Charlene rejected family, friends, and a college education when recruiters drew her into The Way, an Ohio-based sect led by Victor Paul Wierwille who marketed his fledgling group as a biblical research, teaching, and fellowship ministry. It became one of the largest grassroots cults in America. Charlene gave it seventeen years of her life.

Believing that God led her to Wierwille, Charlene underwent his intensive two-year training program, The Way Corps, designed to produce loyal leaders. Blinded by idealism, she ignored Wierwille’s increasing paranoia, bigotry, and abuse. Charlene married an ordained Way Corps graduate and they served across the United States as Way leaders, funneling money into Wierwille’s bursting bank accounts and shunning anyone who criticized him. As obedient Way Corps, they raised their child to believe the doctrines of Wierwille, the cult’s designated “father in the Word.”

Eventually Charlene was promoted to the inner circle of The Way’s biblical researchers where she discovered devastating corruption, worst being Wierwille’s alleged secret sex ring. In 1987, amid chaos at Way headquarters in New Knoxville, Ohio, Charlene and her family escaped. 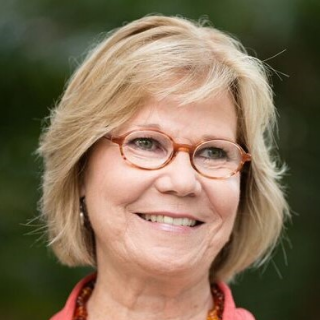 CHARLENE L. EDGE is the author of the award-winning memoir, Undertow: My Escape from the Fundamentalism and Cult Control of The Way International. She was in The Way for seventeen years (1970–1987). Later she earned a B.A. in English Literature from Rollins College, graduating summa cum laude, and worked for more than a decade as a writer in the software industry. She is a published fiction writer and award-winning poet, and blogs monthly for the Florida Writers Association. She’s an active member of the Authors Guild and the International Cultic Studies Association. Charlene lives in Winter Park, Florida, with her husband, Dr. Hoyt L. Edge, and blogs about their world travels, fundamentalism, cults, the writing life, and other topics on her website at: https://charleneedge.com