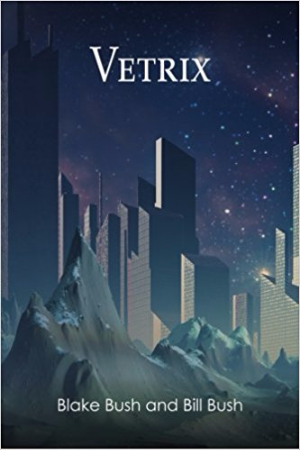 Twelve-year-old Flipper didn't believe in aliens — until he was kidnapped by one.

When he wakes up one morning on the planet Vetrix he is trapped in the midst of an inter-planetary war. As Flipper struggles to survive and find a way back to Earth he discovers he may be a descendant of one of the warring species and that his intervening in the war may be his destiny, if destiny is decided by a computer program.

On Earth, Allison begins having dreams that turn out to be real experiences. When she watches a purple man disappear with her cousin, Flipper, no one believes her. Allison's best friend Josh agrees to help and together the two sixth-graders begin their own investigation that leads them to the truth behind the Roswell Incident of 1947 and current alien activity on Earth.

As they try to figure out how to expose the secret colony of aliens and their plans to destroy the human race, Allison attempts to use her dreams to locate and rescue Flipper. Two alien species. One threat to Earth. But who is the real threat and who can be trusted? 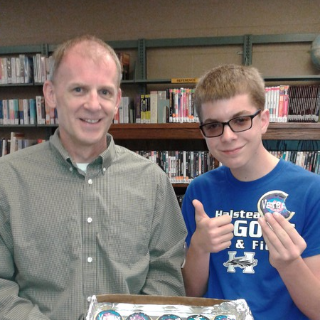 Bill Bush grew up in Yates Center, Kansas, and is a graduate of Yates Center High School and Tabor College, where he earned a Master's degree in Accounting. He is a CPA and runner as well as a writer, is author of several collections of short stories, and has written a column in the Harvey County Independent since April, 2013.

His desire to write comes from his mom, Phyllis Roth Lewis, who was a published author and wrote numerous short stories, poems, and books.

Bill lives in Halstead, Kansas with his two teenage children, who are the inspiration behind many of his stories. 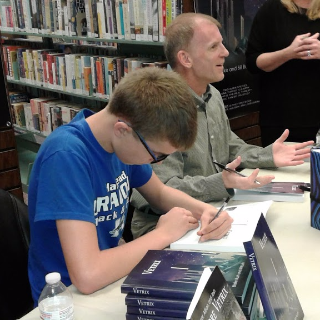 For several years he has attended Space Camp at the Cosmosphere in Hutchinson, Kansas. He loves video games and is a self-proclaimed Nintendo nerd. His next favorite activity is to annoy his older sister.

Blake is a member of the Halstead Middle School cross country, track, and Scholar's Bowl teams.

Bill and Blake Bush are father and son who put together their creative minds, unique senses of humor, and quirky personality traits to write the Flipper series. 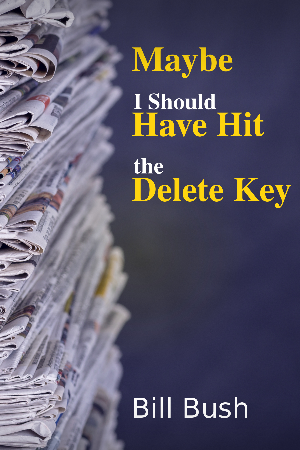 Maybe I Should Have Hit the Delete Key