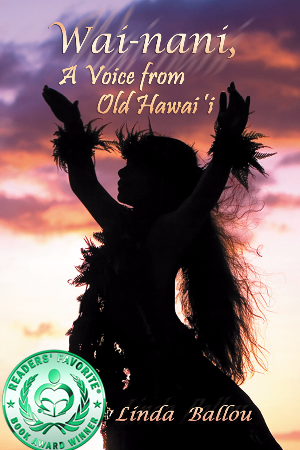 Wai-nani: A Voice from Old Hawai'i

Even though born into the royal class, Wai-nani rails against harsh penalties meted out by priests and ruling chiefs invested with the power of gods. Her rebellion takes her on a journey that puts her squarely into the eye of a political storm.

She meets Makaha, inspired by Kamehameha the Great, an inward thinking youthful warrior who is prophesied to unite the Hawaiian Islands. This is the beginning of a tumultuous forty-year love affair. Makaha accepts the challenge to end years of tribal wars and gives Hawaii a golden age. Wai-nani stands beside him before, during and after his rise to power.

Like all Hawaiians, Wai-nani is a water baby finding sustenance and solace in the sea. Her best friend is a dolphin named Eku who joins her on her mythological journey. She listens to the voices whispering in the winds off the velvet green see cliffs lining the shore, fears Pele, the goddess of the volcano in her fiery home and speaks to gods in every rock flower and tree. She tells us what was happening in her beautiful world when Captain Cook arrived bringing new weapons and spreading disease in his wake.

Her journey follows the rise of Makaha to power, but her more important mythological journey takes her to her own truth. She must lift the dragon’s tail from her path; the priests who see her desire for change and fear her mounting power over the common people. When Makaha dies he makes her Kahina nui, with equal weight in society as his son. She uses her position to bring down the 2,000 year old kapu system. Her story ends with the burning of the gods in 1819. 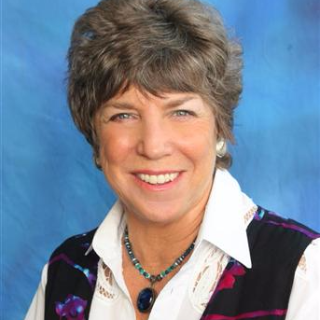 A love triangle of extremes has proven to be a solid base for my writing. From my roots in Alaska I received strength, centeredness, and respect for the awful power of nature that has carried me forward in my Adventure Travel Writing career. My travel collection Lost Angel Walkabout is an armchair traveler’s delight. While living in Hawaii, I found nurturing, a spiritual awakening and the heroine for my historical novel, Wai-nani: A Voice from Old Hawaii set in pre-contact Hawai’i. In 2015 I published The Cowgirl Jumped Over the Moon an action-adventure, new-adult novel set in California where I reside today. In addition, I am the adventure travel expert for the National Association of Baby Boomer Women. Please stop by my site where you will find travel articles, photo essays and more about my books. www.LindaBallouAuthor.com

I would love an interview on your site. I can speak on a wide range of topics