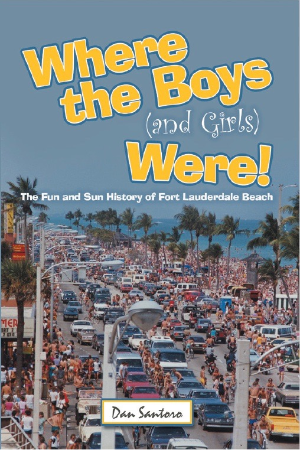 Where the Boys (and Girls) Were! – The Fun and Sun History of Fort Lauderdale Beach

It all started innocently enough in 1936 in a small seaside town in South Florida. There was a saltwater swimming pool with college swim teams competing over Christmas break for the sake of fun and challenge. By the mid-1950s, the nearby ocean started filling up with collegiates on Spring Break competing for the attention of coeds.Then in early 1961 a movie was released and all hell broke loose for the next 25 years.

The story that Fort Lauderdale Beach has told for many decades is one of beer and wet t-shirts with little regard for how the city once dubbed “The Venice of America” also was known as “Fort Liquordale” among other less flattering monikers. But now, with the release of “Where the Boys (and Girls) Were!” you will truly learn the “Fun & Sun History of Fort Lauderdale Beach” as it has never been fully researched or told before. Everything from the earliest settlers of the 1800s to the poshest resorts of the 21st century, with insight into how and why millions of people have visited or moved to the city that Glendon Swarthout made famous in his 1960 book “Where the Boys Are” and Connie Francis and her pals made infamous in the movie version of the book.

If you were a Spring Breaker in the ‘60s, ‘70s, ‘80s or a vacationer to Fort Lauderdale at any time, this book is a great way to help you recall those sunburnt days and drunken nights and give you an update on how the beach and its’ cast of crazy characters have fared over the years. See you at the Elbo Room! 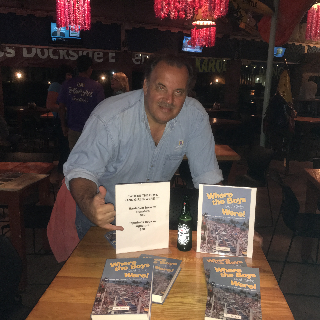 “Trapper” Dan Santoro first visited Fort Lauderdale Beach for Spring Break ’79 and returned the following 2 years as well. He permanently moved to “Fort Liquordale” in 1986 and quickly immersed himself in the wild nightclub scene there, working and making friends with dozens of like-minded individuals and vacationers while soaking up the sun and history of the city.

After the death of “Crazy Gregg” Newell, he was challenged by his friends to write the ultimate history of one of America’s hottest destinations in the latter half of the 20th century.