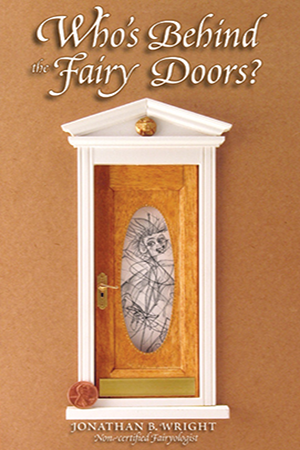 Who's Behind The Fairy Doors?

The revised edition of the award-winning book Who’s Behind the Fairy Doors? by Jonathan B. Wright, Certified Fairyologist was published in December of 2012. The first edition of Who’s Behind the Fairy Doors? was a finalist in the National Best Books Awards’ Children’s Novelty and Gift Books category in 2007. The book also was won the Next Generation Indie Books Award in the categories of art and children’s/juvenile nonfiction in 2008.

As part of his fairyology studies, Wright left journals at the host sites of several of the fairy doors and invited the public to write and draw about the urban-fairies. Jonathan was often asked if he has ever seen a fairy. Sadly, to best of his recollection, he had not. However, many children have claimed to have seen fairies. Many of these children (and a few adults) have actually drawn images of their sightings in those journals. Mr. Wright used their ability to see and his ability to illustrate to create Who's Behind the Fairy Doors (Revised Edition).

Inside the book you will find copies of the original illustrations and on the opposite pages, Jonathan's interpretations and commentary, which should give a clearer vision of the likenesses of some of the urban-fairies. Included in the collection of fairies are: the Rock Fairy, the Paper Fairy, the Scissor-Wing Fairy, the Great Scot Fairy, an Owl-Eyed Fairy and many more. The book is clever and fun for all ages. 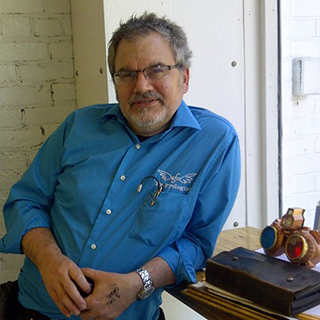 Jonathan Wright, an Ann Arbor, Michigan native, earned a Bachelor of Fine Arts degree from the University of Michigan, where he studied illustration, graphic design, architecture and printmaking. After graduation, he worked for 2 years doing retail display before beginning a 25-year career a as a designer/illustrator in the gift industry. In 2005 Jonathan expanded his work by becoming a certified fairyologist, studying and reporting on the phenomenon of urban-fairies and their fairy doors.