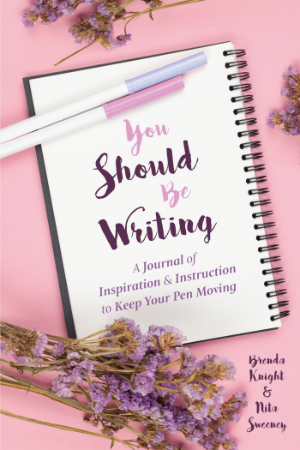 1 New Release in Quotation Reference ─ Write Like an Expert

From famous all-time-great poets like T.S. Eliot to modern creatives like Roxane Gay, the selected writing quotes in this journal aim to instruct and inspire you to become a better writer.

Writing Inspiration from Incredible Authors. Gathered by Brenda Knight and writing coach Nita Sweeney, author of Depression Hates a Moving Target, You Should Be Writing provides you with writing wisdom from a variety of accomplished authors.

Writing Practice on Every Page. This journal is a must-have for writers everywhere. With quotes from a diverse group of historical and modern authors to use as creative prompts on every page, you’ll be able to bring your writing inspiration with you wherever you go. You’ll find plenty of great advice, such as Toni Morrison’s encouragement, “As a writer, a failure is just information. It’s something that I’ve done wrong in writing, or is inaccurate or unclear. I recognize failure―which is important; some people don’t―and fix it.”

Creative Writing Practice for Every Genre. This writing journal with prompts helps you practice a wide variety of writing skills. The excerpts and prompts include:

General advice: “Protect the time and space in which you write. Keep everybody away from it, even the people who are most important to you.” - Zadie Smith Helpful instructions: “If you scribble your thoughts any which way, your reader will surely feel that you care nothing about them.” - Kurt Vonnegut

Genre-specific writing ideas and tips for particular areas of writing, such as poetry or storytelling: “For those whose bucket-list entails seeing their name on the spine of a book, it boils down to the power of persistence.” - Marlene Wagman-Geller

If you were inspired by the creative writing prompts and advice in 642 Things to Write About, Complete the Story Journal, or Piccadilly 300 Writing Prompts, you’ll love Brenda's and Nita's You Should Be Writing: A Journal of Inspiration & Instruction to Keep Your Pen Moving. 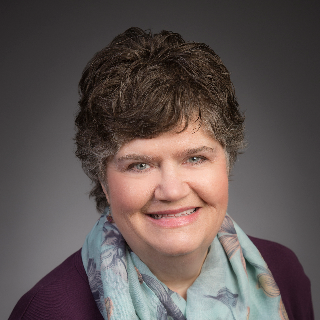 Nita Sweeney is the award-winning wellness author of the running and mental health memoir, Depression Hates a Moving Target: How Running with My Dog Brought Me Back from the Brink and coauthor of the writing journal, You Should Be Writing. Nita coaches creatives in writing and meditation, and publishes the monthly email newsletter, Write Now Columbus. She also runs marathons. Nita lives in central Ohio with her husband, Ed, and their yellow Labrador retriever, Scarlet.

After a decade of legal practice (and a major depressive episode), Nita turned in her shingle for a fast writing pen. People still ask legal questions, but she's done her best to forget the answers. Instead of advising public officials on employment issues, she writes, and shares what she's learned.

Her poem "Memorial" won the Dublin Arts Council's Poet's Choice Award and an early draft of her memoir, Depression Hates a Moving Target: How Running with My Dog Brought Me Back from the Brink, (previously titled Twenty-Six Point Freaking Two) was short-listed for the William Faulkner - William Wisdom Creative Writing Competition Award. The book was awarded a Maxwell Medal in the Human Animal Bond category of the Dog Writers Association of America writing competition. It is a #1 Amazon Bestseller in the "mood disorders," "bipolar disorder," and "running & jogging" categories. The book was selected by Ohioana Library to be included in the 2020 Ohioana Festival.

Nita also coauthored the popular writing journal, You Should Be Writing: A Journal of Inspiration and Instruction to Keep Your Pen Moving, with Brenda Knight (Women of the Beat Generation.) It was an Amazon #1 New Release.

Nita has been featured on Health.com, Healthline.com, Livestrong.com, Fupping.com, PsychCentral.com, bpHope.com, Bustle.com, NextAvenue.com, UpJourney.com, Medium.com, Pawstruck.com, Thrive Global, WGRN, Sweatpants & Coffee, Authority Magazine, Intergenerational Inspiration, 2014 and Beyond, and Pretty Progressive, and in bp Magazine and Epoch Times, on the Word Carver, Running Dad, My Brain on Endorphins, This Week in Writing, and Diz Runs podcasts, and was nominated for the Ohio Arts Council Governor's Award.

Nita earned a journalism degree from The E.W. Scripps School of Journalism at Ohio University, a law degree from The Ohio State University, and a Master of Fine Arts degree in Creative Writing from Goddard College. She serves on the board of the Women's National Book Association of San Francisco. For ten years, she studied with and assisted best-selling author Natalie Goldberg (Writing Down the Bones) at week-long writing workshops teaching the "rules of writing practice" and leading participants in sitting and walking meditation. Goldberg authorized Nita to teach "writing practice" and Nita has taught for nearly twenty years.

When she's not writing and teaching, Nita runs. She has completed three full marathons, twenty-seven half marathons (in eighteen states), and more than one hundred shorter races. Nita lives in central Ohio with her husband and biggest fan, Ed, and her yellow Labrador running partner, Scarlet, the #ninetyninepercentgooddog. 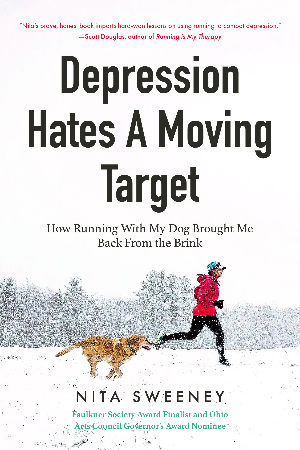