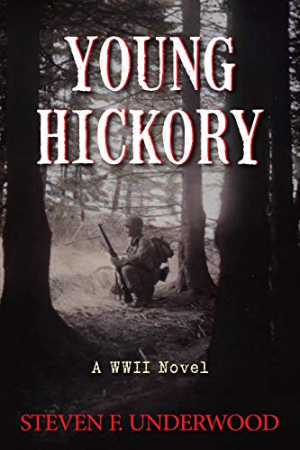 Jim Farrell is a lanky young soldier from Virginia. He is injured in a practice run just before his division lands on Omaha Beach on D-Day. Angry that he has missed the battle, he is disappointed when he is reassigned to the 30th Division-nicknamed 'Old Hickory'. It has just suffered its own terrible losses in a devastating friendly fire incident. The athletic nineteen-year-old tries to prove his worth on the battlefield. During the battle of Mortain, his battalion is surrounded by elements of four German Panzer divisions. Jim gains a reputation as a scout and messenger and his Old Hickory comrades are very impressed with his woodland scouting skills. They nickname him "Young Hickory."

After suffering another wound, Jim is sent to a hospital in Liege, Belgium. There he meets a young Belgian girl with beautiful green eyes. Her name is Lille. They soon fall madly in love. But can love survive the deepening conflict? Or will it be challenged by the harsh realities of war?

This is Jim's story. It is also the story of his brothers in arms, members of the 120th Regiment. They will see action in some of the most desperate battles of World War II. As they fight their way Normandy, Aachen, the Ardennes, and the crossing of the Rhine, they develop strong friendships. But those friendships face tremendous hardship. Jim is promoted to sergeant and tries to hold his platoon together during the final conflicts of World War II. It is a difficult task. Jim's leadership is challenged on several fronts, but he fights on for the sake of Lille, his fellow soldiers, and new friends Josh Drummond, a driver for the Red Ball Express, Wally, a new member of the Intelligence and Reconnaissance Platoon and Etienne, a rescued young boy. 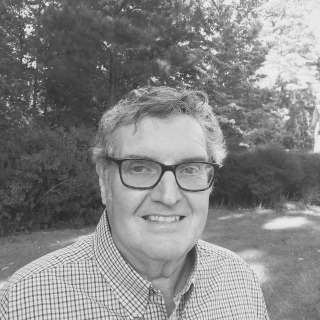 Steve Underwood is a native of Charlotte. He graduated from West Mecklenburg High School in 1969. He attended UNC-Greensboro. In 1972-3 he served as the Student Government President and was honored as the class of '73's student commencement speaker. He later received both his Master's(1980) and Doctorate from UNC-G (1992).

Steve taught history at Lee County High School for 33 years. He was Lee County Teacher of the year in 1999 and was the High School's commencement speaker on two separate occasions. In addition, he was a part-time instructor at Central Carolina Community College and at Campbell University.

"I retired in 201i and, after several courses in creative writing at CCCC, I began to write. I'm an eclectic writer. My three published books include C.W. Biggs, Country Detective, a comic detective novel, a Middle Grades fantasy, The Borrowed Princess, published by Warren Press, Charlotte, NC. and most recently, Young Hickory, a historical fiction book about a young soldier in World War II, published by Hellgate Press.

Steve is a member of the Charlotte Writers Club, the North Carolina Writer's Network and serves as a member of the CCCC Creative Writing Advisory Board. He now lives in Sanford, NC and is married to Melanie Johnson Underwood.