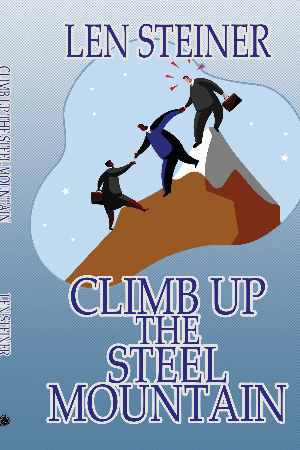 Climb Up the Steel Mountain

SUMMARY – CLIMB UP THE STEEL MOUNTAIN Have you ever thought that trying to get ahead in life was not only difficult, but almost impossible? For some reason, something always happens that pushes you down and then you have to pick yourself up and start over again? Well, those are some of the things that happen to the struggling physician character in the novel, Climb Up the Steel Mountain. Louis Stafford Jr. grew up in Cleveland, Ohio and at ten years old had to move to the Pittsburgh area during World War II because of his parent’s divorce and his mother’s remarriage. On arrival, he and his mother found his new stepfather drunk in bed and the house rented to handicapped people. He found out quickly that his stepfather was an alcoholic and a wife abuser. At fifteen, he had to physically confront his stepfather and punch him makes it through high school, the University of Pittsburgh and Medical School under very difficult circumstances. He has a few teenage romances, but eventually loses his one true love and their unborn child to a drunken driver and finds out when he becomes a physician, that, in spite of his learned skills, he could not save them. He also finds out that he could not do anything to save his own son, his closest friend, and finally his mother. The narrative keeps the reader interested through the novel and the surgical descriptions seem realistic. Louis finally overcomes deep depression after spending the night in jail for drunkenness when attending a medical convention. He eventually realizes that he is only human and cannot cure all of his patients. The novel includes history, teenagers growing up, family saga information, disappointments, medical drama, conflict, family struggles, inspiration, and great accomplishments while the young doctor is climbing up the steel mountain in Pittsburgh. The book is a medical fictional biographical that is actually based on real characters with the introduction of fictional names and occurrences. Some occurrences actually happened but are fictionalized. Climb Up the Steel Mountain will attract both young adult and adult readers as well as readers looking for inspiration and motivation in their lives. It is a realistic look into the life of one medical student who, after numerous obstacles, manages to become one of the top cardiac surgeons in the Pittsburgh area. 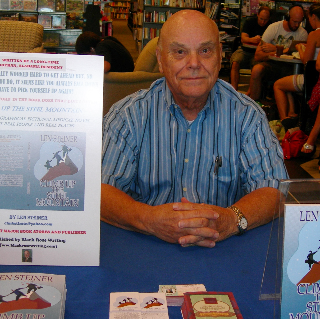 Leonard (Len) Steiner Sr. was born in Cleveland, OH where he attended Catholic and Public schools; He moved to Leetsdale, PA near Pittsburgh and graduated from Leetsdale High School that is now Quaker Valley High School. He served in the US Air Force in technical positions for 21 years and retired in Niceville, Florida. He graduated from the University of Nebraska at Omaha with a degree in Business Management and Economics and the University of West Florida for the Masters of Business Administration. He worked as a Radar Marketing Representative and Department Head of the Technical Writing Department of Vitro Services Corporation in Fort Walton Beach, FL. Later, he worked for Lockheed Corporation in Saudi Arabia for eight years as a Communications-Electronics Engineer, Site Manager, and General Manager for the Royal Saudi Air Force Air Defense Program. He returned to Saudi Arabia and the same program as General Manager for Grumman Technical Services and remained as the Program Director during the First Gulf War. He worked for the US Army as a Senior Technical Writer at Anniston Army Depot, AL and wrote official army maintenance and overhaul manuals for the M1A1 Abrams Tank, and Laboratory Facilities. He worked at Maxwell AFB, AL as a Researcher in the Global War on Terrorism Information Office at the US Air Force Historical Research Agency. He was a volunteer Managing Editor in Dothan, AL. of The Senior Informer, a quarterly newsletter for senior citizens. He is the author of short stories and one of them, The Manuscript of Adrian Hobart, was broadcast on the British Broadcasting Company’s Short Story Program. And it was also published in the Troy University (AL) literary publication, Copper Plate Review. 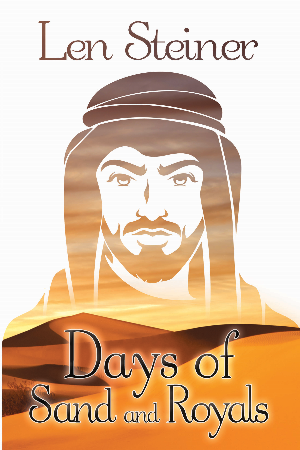 Days of Sand and Royals 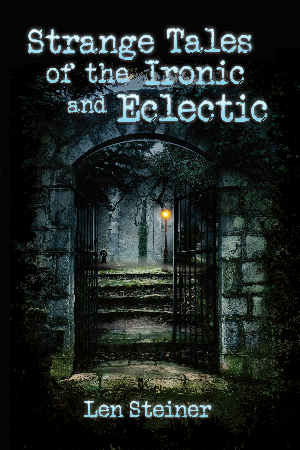 Strange Tales of the Ironic and Eclectic